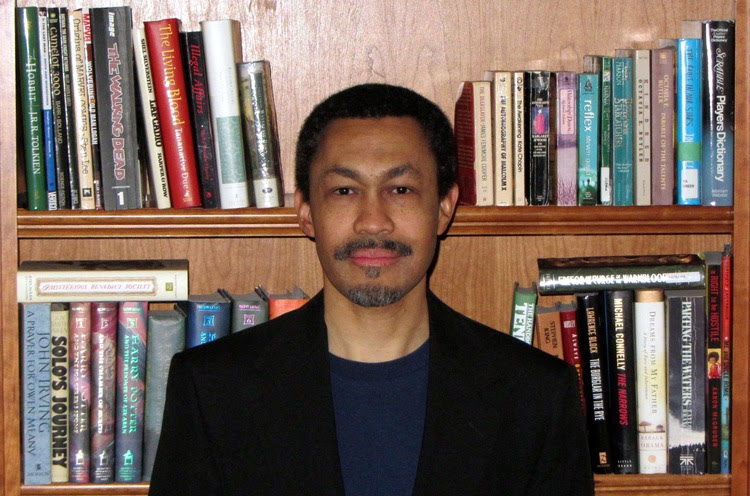 I said goodbye to my friend and writing partner Lennox Randon recently. He lost his battle with cancer in November 2018.

Few people have taught me more about writing and no one more about life than my friend Randon.

Folks who have attended my book readings or visited my web site may be familiar with the story of how I came to write my first book. In short, a friend of mine named Rob Cline, who also had a book project languishing on the shelf, began meeting with his friend Randon (he went by his last name) for the purpose of mutual support in finishing their books. Rob invited me to meet Randon and join them.

What’s missing in my part of this story is how Randon got Rob, a dad with a demanding job and three young kids, to set part of his precious free time aside for this effort. At the end of his pitch, Randon smiled slyly and said:

I wasn’t present for this conversation, but I can imagine the exact expression on Randon’s face as he played what he called “the cancer card.” I would see this devastating phrase delivered with a half-smile and ever-so-slight eye twinkle again and again over the nearly eight years of our friendship.

At the time, Randon was in remission, and able to joke about his illness. But later, when the cancer came back, he still kept the same light, almost bemused tone.

So Rob started hanging out with Randon, and they each brought a few new pages to a weekly meeting. I joined up a few months later. Like Rob, I demurred at first, complaining I was too busy. But when a guy who pretty much knows his expiration date is willing to spend some of those numbered days helping you complete something off your bucket list, the daily pressures of job and family start to look pretty mundane. I was in.

Before heading to our weekly Sunday sessions in Randon’s basement, I would tell my wife I was off to see The Lads. The name stuck, becoming The Writing Lads when we went public.

Rob and I are accomplished public speakers, doing probably 50 gigs a year between us. Randon always insisted he wasn’t much of a public speaker, let alone an entertainer. But make no mistake, when the Writing Lads gave a reading, Randon was the star.

People may have come to see us because they knew Rob or me, but it was Randon they remembered. He held the audience spellbound as he talked about how his real experiences as a cop informed the events of his books. But then he would pull the Robert Stack double sunglasses stunt from “Airplane!” or fire a Nerf gun into the audience to illustrate a gun battle.

Randon and I interviewed each other on his website in 2015.  He also was a guest on “Getting Creative,” a YouTube show I hosted.

Even then, Randon was defying the odds. His doctors didn’t think he would see 2014, let alone almost make until the end of the decade. In the intervening years, it was easy to forget how sick he was, even though he was open about the chemo and radiation he was undergoing.

But you don’t have to be an author to write the ending of his story.

Randon’s social circle, never really large, had ceased to grow when he got sick. So I was pretty much the last new friend he made. But Randon mated for life. Once you were in, you were in for good. The fact that I got there late didn’t make any difference. In fact, he put his attitude toward friends into words in his first book, “Friends Dogs Bullets Lovers”:

I tend to keep things for a long time.
For example, in 1968 I purchased a Swingline Tot stapler for elementary school.
Still have it. Still use it.
Only stapler I’ve every owned.
I’m the same way with friends.
I keep ’em a long time.

To say that I am honored to be in that group is a vast understatement.

Randon taught me a lot. He showed me how to live with physical and emotional pain. He showed me how to face death with grace and strength. But mainly, he reminds me and all of us that it doesn’t matter at what time in your life someone shows up. Sometimes the new friends are the most meaningful ones of all.

“Friends Dogs Bullets Lovers,” a fast-paced, action-adventure story about two friends who start an off-the-books detective agency after being put into the Witness Protection Program.

“Memoirs of Dead White Chick,” a time-travel history novel about a 20th-Century woman who wakes up in the body of a black teenager in pre-Civil War Philadelphia, whose contacts with Harriet Tubman and Frederick Douglass change history.

“Christiana.” Randon completed this book that was begun by his late daughter, Alou (Lark) Randon. It follows a group of addicts on a paranoia-fueled trip through Danish ghost towns, in the tradition of “Trainspotting” and “The Naked Lunch.”

Randon also wrote eloquently and honestly about the ups and downs of his life at www.lennoxrandon.com.